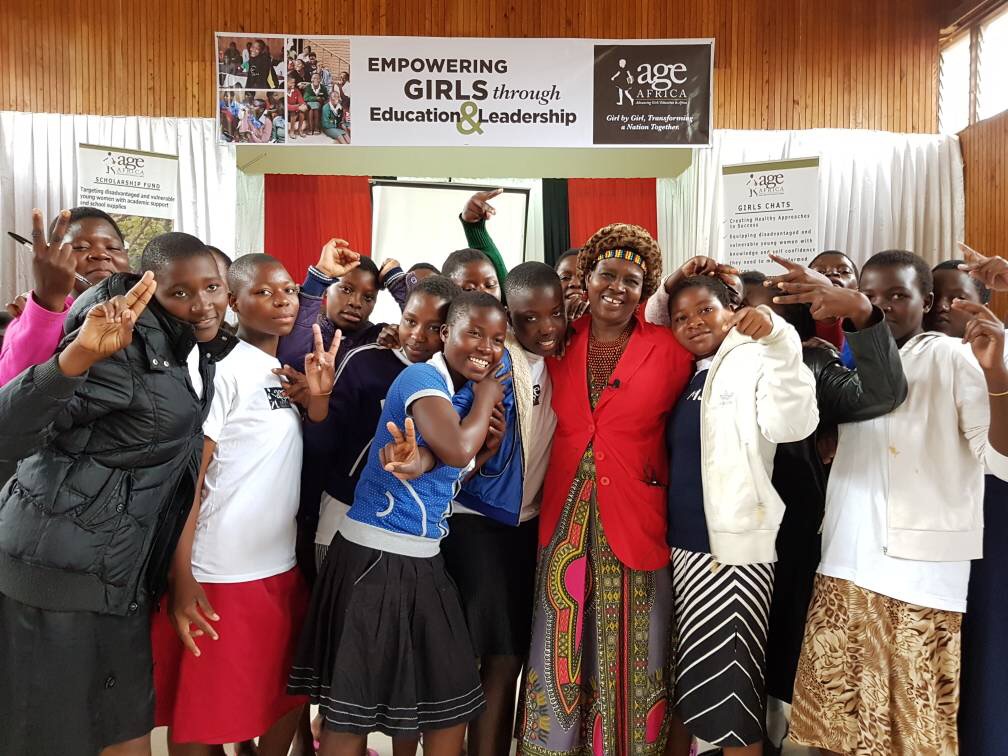 Last week, over 100 of AGE Africa’s Scholars, gathered in Blantyre, Malawi for the annual AGE Africa All-Scholars Retreat. This years, theme,“Leadership by Choice, not by Chance” focused on the accomplishments and the critical role of women in public office. Former First Lady of Malawi, Callista Mutharika, the Minister of Gender, Hon. Patricia Kaliati, Chief Inkosi Kachindamoto, known as the terminator of child marriage, and other prominent female leaders, encouraged the scholars to finish their education and pursue leadership roles in their communities.

In a country, where half of the population is female, only 16.7% of Malawi’s parliamentary seats are held by women. The participation and leadership of women in public and political office is essential in tackling poverty and gender inequality. There are few programs and minimal effort invested in developing leadership skills among girls and young women in Malawi.