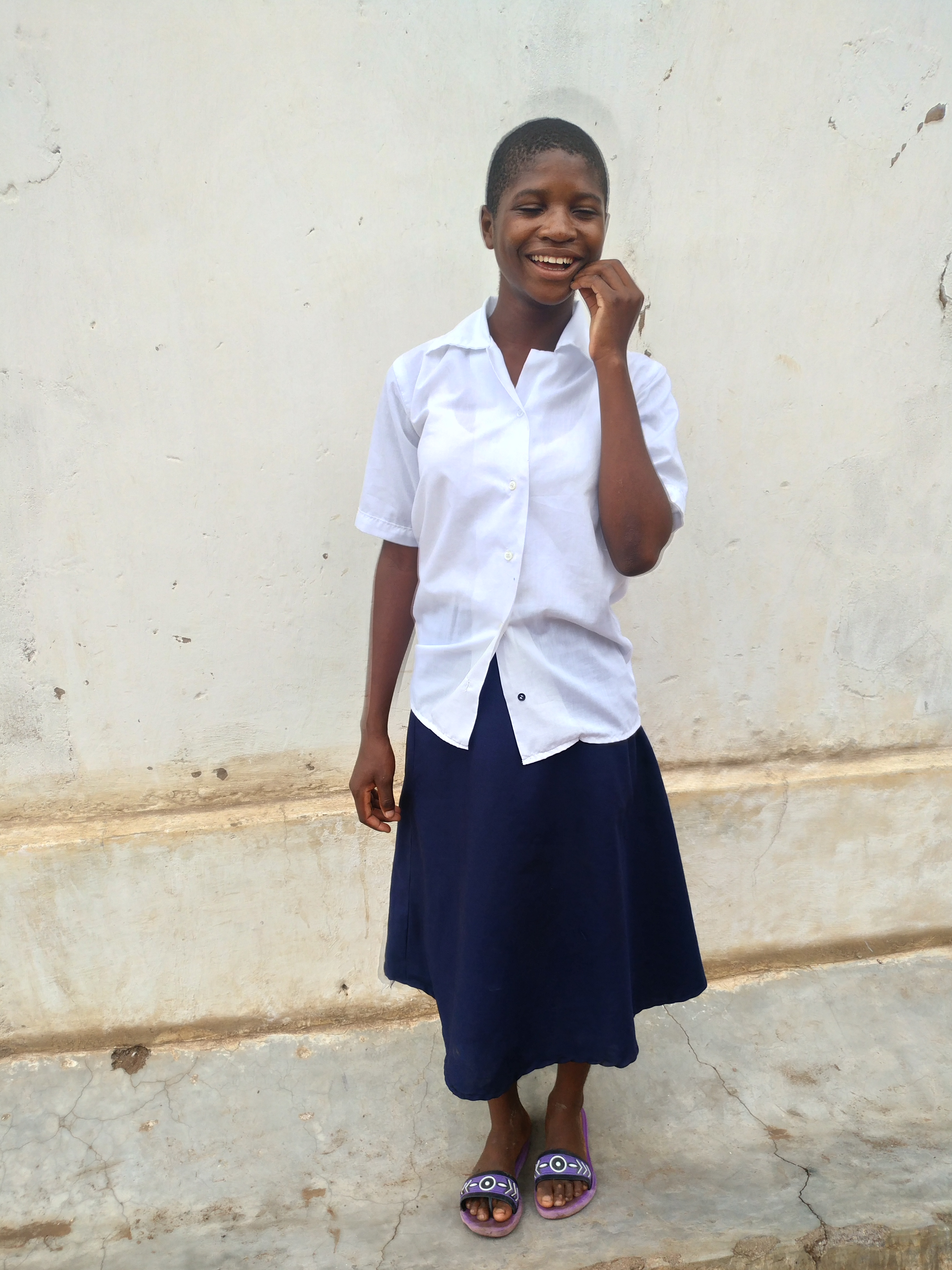 “Being a Nurse is what my heart desires,” said Esnart Mposera. Esnart is a 15-year-old girl who lives in Mayere Village T/A Kachenga in Balaka District. She lives with her Mother and Grandfather. Esnart has two sisters and three brothers and out of the six, Esnart and his 5th born brother are the only children still at school. The other children left school while in primary school and got married. Fellow students and teachers at Ulongwe CDSS describe Esnart as quiet, intelligent and well-behaved. She is currently in form 3.

Life has been hard to Esnart’s mother to raise the children. She has managed to support her family from keeping livestock and farming. Two years ago before Esnart’s uncle passed on, the family was being supported by him at times. Now, the whole responsibility is vested in the mother both at home and school. To make things worse Esnart’s Mother (who is the breadwinner) was diagnosed of cervical cancer in 2015 and early this year, the Doctor has recommended her to stop doing hard work as her health continues to deteriorate. The sickness forced Esnart’s mother to make a hard choice. She had to pull one of her children out of school due to costs, and chose to send her brother. This means that Esnart has to wait until her brother completes his education. This did not go well with Esnart and made her cry.

Esnart realized her desire to become a nurse would not be fulfilled if she waited. She made an effort to reach out to AGE Africa Faculty Advisor to seek help. The FA did not hesitate to share Esnart’s concerns with bursary committee and other members of staff at her school. After a thorough thought and knowing how intelligent Esnart is, the committee did not hesitate to consider her for a bursary. Her form 2 class records are been outstanding. Esnart claimed position 2 in 1st term and position 1, in 2nd and 3rd terms.

Esnart with her Mother and Grandfather

When the faculty advisor shared this with the District Officer, an effort to visit her home was made where we were privileged to meet her mother, sister, and grandfather who explained to us what Esnart had told us. We were also concerned with the distance that Esnart covers each day when she goes and comes back to school which was about 22 km round trip. In addition, the area is hilly and in some places, she passes through forests.

Proudly, Esnart is a recipient of an AGE Africa scholarship.

You can support Esnart and other AGE Africa scholars by making a monthly gift.  $35 a month will support Esnart’s education for the year.