“Thanks to AGE Africa…” 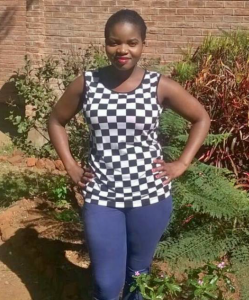 My name is Chrissy Chawanda, age 21. I am the fifth born in a family of seven children and was raised by both parents. I am from Nyalugwe village TA Mpunga Chiradzulu. I was selected to and, in 2016, graduated from Mulanje Secondary School. I am currently in my sophomore year of study at Lilongwe University of Agriculture and Natural Resources (LUANAR) studying Agriculture Enterprise Development and Microfinance.

I am the first in my family and village to go university. Through AGE Africa’s scholarship and programming, I have learned that what is most important is to recognize who you are and what you want to achieve in life, and then take a step towards your goal. I have also come to learn that confidence, self-esteem, and critical thinking determine your level of success. Here is my story.

Life was consistently hard growing up because my parents were dependent on subsistence farming, but often failed to produce enough food for the family. Because they weren’t able to grow enough crops to sell for profit, we often also lacked most basic needs, like clothes, too. I even took a one year break without going to school due to this lack of necessities.

But, I never gave up and went to go back to school. I learned to survive without school supplies and worked around not having some basic needs. I worked really hard to become one of only a few students in my community selected to Mulanje Secondary School, a long-standing and prestigious high school in southern Malawi.

In secondary school, I continued to face a lot of the same challenges. By that point, I learned that as long I was eating and learning, I could manage. Since my parents could not pay for my school fees, my uncle started helping me. He could barely afford tuition, which I was grateful for, but I needed money for my uniform, food, travel expenses, and other needs. I was lucky enough to be chosen as an  AGE Africa scholarship recipient while in my second year of secondary school. AGE Africa supported me with almost everything I needed from soap to lotion to pads to text books to notebooks to basic household needs  to food. 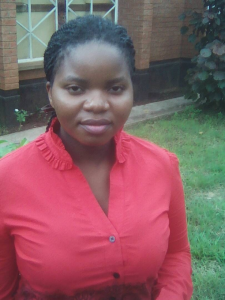 I took my standardized secondary school exit exams in late 2015 and waited for months before I got my results. Life at home as I waited for exam score (which determines admission into university) was so tough. I started working as housekeeper but my boss wanted tried to sexually harass me. Because of the confidence and rights I learned through AGE Africa’s life skills program, I quit the job and went back to live in my village instead of dealing with the harassment and jeopardizing my future. In 2016, I got the news that I had passed my exit exams and had been selected to Lilongwe University of Agriculture and Natural Resources (LUANAR).

In my first year at LUANAR, I applied for a government loan, but was only given half of tuition only. I had to figure out how to pay for living accommodations, food, stationery, and personal care items. I looked for scholarships and financial aid from various sources. I even reached out to a Member of Parliament (a congressman) from my area. He agreed to support me and invited me to his house, where I learned that he wanted to have sex in exchange for the money which I refused (again, thanks to what I learned from AGE Africa’s program).

I went back to AGE Africa to ask for support and they helped me find ways to cover my needs. Thanks to their support and guidance, I recently secured a scholarship from the SOKO FUND.

My goal is to graduate from LUANAR and work to become financially independent. I chose to study Enterprise Development and Microfinance because I would like to develop reliable business skills and build on the entrepreneurship knowledge I gained from AGE Africa’s life skills program. I ultimately aim to be like my role model,  Mrs. Zandile Shabal, the Chief Executive Officer of New Finance Bank of Malawi. 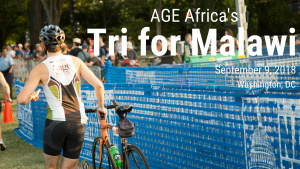 Africa’s upcoming 10th Annual Tri for Malawi to help provide scholarships for girls like Shelter. Athletes are competing in the Nation’s Escape Triathlon to raise $75,000 to fund more scholarships for ambitious, hard-working girls who face not only financial hardship, but also share an incredible potential to make changes for themselves, their communities, and their country. Consider supporting one of our athletes or donate directly to the Tri’s fundraising campaign today!